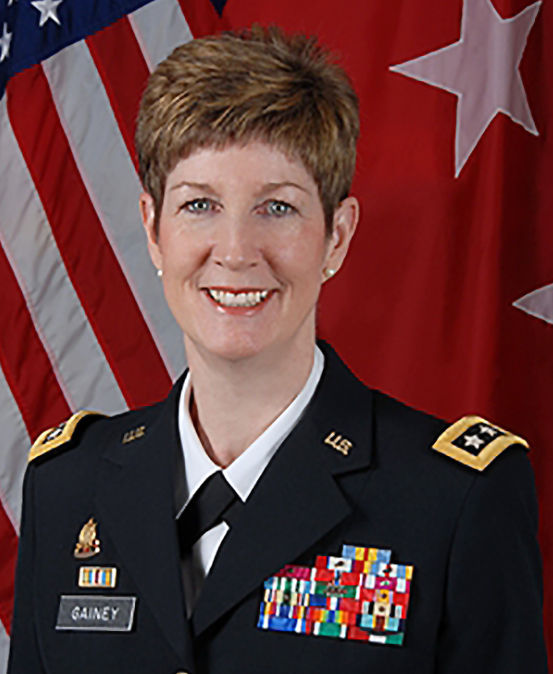 iney, former deputy commander, U.S. Transportation Command, Scott Air Force Base, Ill., will be the guest speaker. The 2019 national theme for the observance is “Visionary Women: Champions of Peace and Nonviolence.” The hosts of the Lee program are CASCOM and the 23rd Ordnance Brigade. The 392nd Army Band will perform.

Gainey retired in 2013 after completing over 35 years of service. Her active-duty career started in 1978 when she graduated from the ROTC program at Old Dominion University and received a bachelor of science degree in special education.

Also scheduled for the March 21 observance is a poetry reading by privates Rode Alexis and Tori Hart, Golf Company, 244th Quartermaster Battalion; and a choir performance by Take 4 Quartet, a group of Fort Lee Soldiers. Pvt. Romeo Hall, Golf Co., 244th QM Bn., is scheduled to sing the “Star Spangled Banner.” The event also will include a video, “I Serve Because.”

The month-long national celebration honors women who have shaped America’s history and its future through public service and government leadership. WHM is an off-shoot of International Working Women’s Day that started in 1911.

The first Women’s History Week was observed in 1978. In February 1980, then President Jimmy Carter issued the first proclamation for a national weeklong observance honoring women. The proclamation stated, in part, “From the first settlers who came to our shores, (and) from the first American Indian families who befriended them, men and women have worked together to build this nation. Too often the women were unsung and sometimes their contributions went unnoticed. But the achievements, leadership, courage, strength and love of the women who built America was as vital as that of the men whose names we know so well.”

The Fort Lee observance is open to the public.